No guesswork, nutrition’s all in the science

How does a woman hailing from the American Midwest find herself in Caroona, NSW? We catch up with animal researcher and mill supervisor Abby Nortrup as she shares her tale of two countries and why she lives and breathes all things animal nutrition.

Just ten days after Abby Nortrup walked across the graduation stage at Purdue University, Indiana, she found herself on a flight back to Australia. The allure of the country she’d completed part of her undergraduate degree in and the excitement of a beckoning PhD awaited her.

Eight years later Abby’s still here and is now the Mill Supervisor at JBS Caroona Feedlot, NSW. Growing up on a hobby farm in the American Midwest, Abby later studied a Bachelor of Animal Sciences, completed partly through an exchange program to the University of New England, Armidale.

While initially interested in the dairy side of things, Abby jokes she crossed to the ‘dark side’ when an Armidale professor shared he had an opportunity for her in the beef world. Abby’s master’s research took her into the realm of nutrition and ruminant modifiers and today she holds a Master of Science in Agriculture and a PhD in Ruminant Nutrition.

Backed by years of science, research and sophisticated technology systems at JBS Caroona Feedlot, Abby says it’s her mission to ensure all livestock reach their quality potential.
“Nutrition is incredibly important to ensuring cattle stay healthy and put on the type of weight that we want. We want lots of protein built but we also want a good amount for that marbling and flavour that consumers know and love,” Abby says.

Cattle are fed a consistent, quality tested diet three times a day, with a barley-based diet taking predominance. A total mixed ration consisting of grain to provide energy and corn silage and hay for fibre make up their diet, while cotton seed, molasses and vegetable oil are also part of the mix. 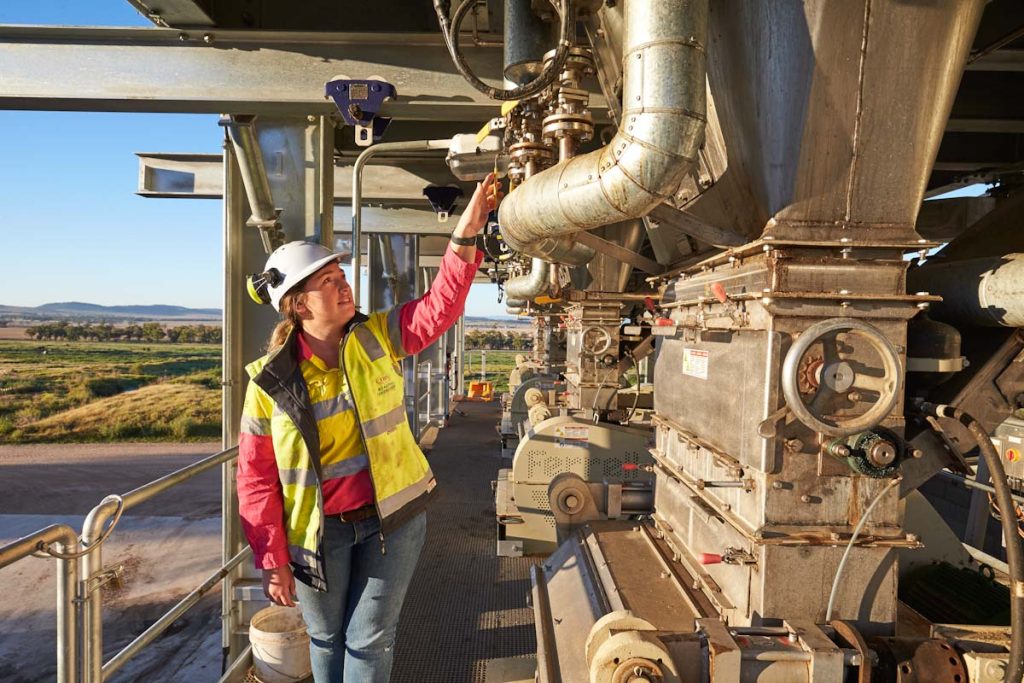 The feedlot sources its cotton seed from a gin just 30 kilometres away and regularly works with surrounding farmers to be able to source much of its commodities locally.

With an in-depth knowledge of both Australian and American feedlots, Abby shared the unique differences in nutrition between the countries. After completing her master’s degree in Armidale, she returned home and worked at a Nebraska feedlot for two years.

Abby says cattle there thrive on a 90 per cent corn diet, consisting of corn grain, corn stalks as roughage and corn gluten meal. While the difference in nutrition between the Midwest and Australian feedlots is significantly different, there’s some similarities that remain universal.

“Just as in the US, we’re focused on quality and although we have the Meat Standards Australia (MSA) grading system, the US has the prime choice and select grades, so both countries have a lot of focus on marbling which is very important for our customers,” Abby says. 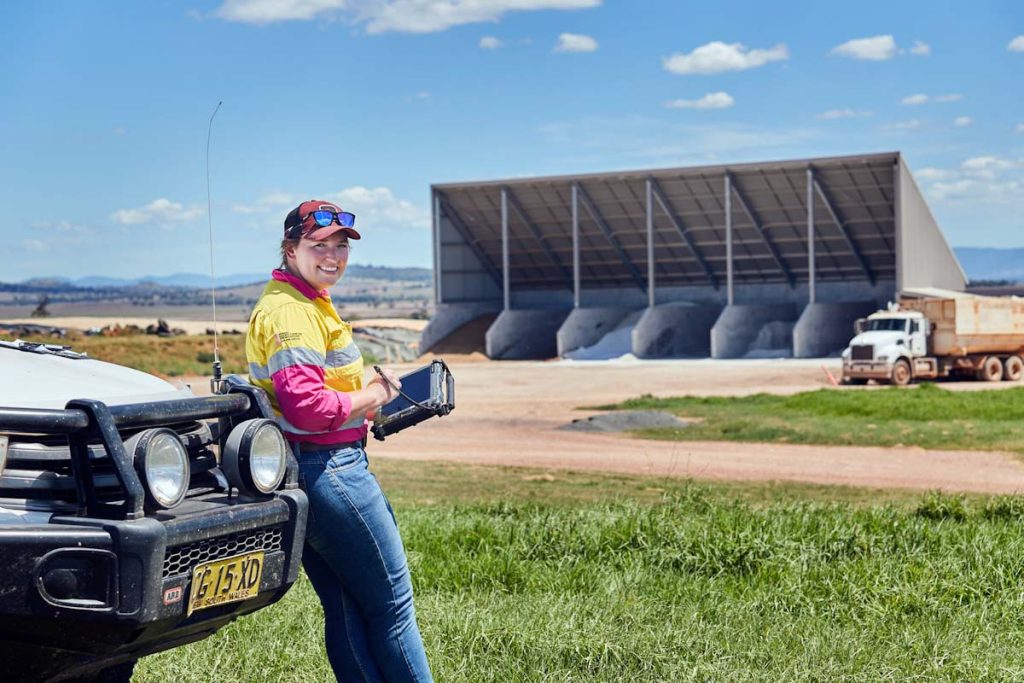 Dedicated to animal welfare, health and nutrition, Abby enjoys sharing the ins and outs of day to day feedlot life with curious customers.  After being raised on grass for the majority of their lives, many cattle across Australia are moved to a feedlot where they generally spend between 100 to 120 days and transition to a grain-based diet. The gradual transition maintains their rumen (stomach) health and general wellbeing. Abby works closely everyday with her skilled team and is in constant contact with the feedlot’s nutritional consultants.

Abby’s also passionate about sharing the incredible technology advances in place across the grain fed beef industry. She’s worked with accelerometers to measure physiological wellbeing of animals and welcomes the industry taking strides towards implementing rumen boluses to measure rumen parameters and other sensors that take stock of various aspects of livestock health, such as respiration rate.

“We don’t just throw some grain in a bucket and hope for the best,” Abby laughs.

“We put a lot of research and technology into our work and apply a lot of different approaches to try and get the best results and I’m so excited to see the continuous improvement evolving  in the feedlot industry.”